Throughout the late 19th and early 20th centuries immigrants new to the Los Angeles Basin colonized the foothills of the San Gabriel Mountain Range with cabins, lodges and tourist camps. Floods in the 1930s washed most of these structures away, but stone staircases, river-rock walls and exploded gardens of Agave americana gone 80 years feral remain.

The Arroyo Seco runs through these ruins for most of the year: Perhaps the most idyllic effect of that era of human habitation is the modest waterfall formed by the 50-foot tall debris dam found at the end of a faded trail that runs north from the Paul Little Picnic Area.

Though it tapers off as it flows down toward Pasadena and the grounds of the Jet Propulsion Laboratory, the creek cuts a riparian canyon lush with mosses, oaks and sycamores through these hills  — hills that are just the beginning of the vast wilderness of the Angeles National Forest — north of the Gould Mesa campground. 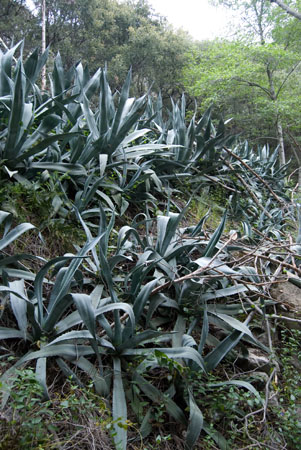 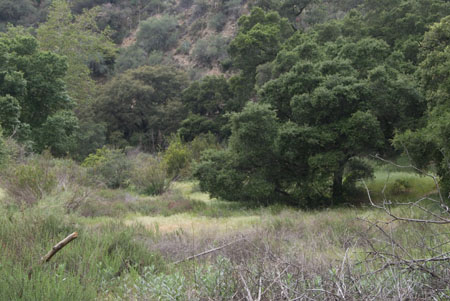